Microsoft Word is a non-free commercial word processor designed by Microsoft. It lets you create a document, write, edit, format and print text, It was first released in 1983 under the name Multi-Tool Word for Xenix systems. Subsequent versions were later written for several other platforms including IBM PCs running DOS (1983), the Apple Macintosh (1984), the AT&T Unix PC (1985), Atari ST (1986), SCO UNIX, OS/2, and Microsoft Windows (1989). It is a component of the Microsoft Office system; it is also sold as a standalone product and included in Microsoft Works Suite. The current versions are Microsoft Word 2010 for Windows and 2011 for Mac.

Microsoft Excel is a commercial spreadsheet application written and distributed by Microsoft for Microsoft Windows and Mac OS X. It features calculation, graphing tools, pivot tables and a macro programming language called Visual Basic for Applications. It has been a very widely applied spreadsheet for these platforms, especially since version 5 in 1993. Excel forms part of Microsoft Office. The current versions are 2010 for Windows and 2011 for Mac.

Access stores data in its own format based on the Access Jet Database Engine. It can also import or link directly to data stored in other applications and databases. 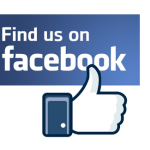